Back to BlogPA Equitable Distribution and Paternity Case Law Updates

• Michael Conway v. Julie Conway v. City of Erie Police Relief and Pension Association, 2019 PA Super 138 – Just days after the parties entered into a divorce agreement and one day after a divorce decree was issued, the City of Erie amended their pension plan to read that: “[T]o the extent provided under a `qualified domestic relations order’ [QDRO], a former spouse of a Participant shall not be treated as the spouse or surviving spouse for all purposes under the Plan” (emphasis added). When Wife submitted her QDRO to the plan administrator less than a week later, it was denied under the new rule. The Erie County trial court found that the QDRO was not enforceable as written. The Superior Court reversed and remanded the case for entry of a QDRO reflecting the terms of the parties’ agreement, finding that the trial court’s use of the date the plan administrator received the QDRO regarding the implementation of benefits that were eliminated by the amendment after the date of the agreement was incorrect and that the controlling date is the date of the agreement. The Superior Court also noted that Husband had passed away on duty as a police officer during the pendency of the action and therefore the parties could not renegotiate their agreement in a manner to effect economic justice between them in light of the amendment.

• Beth Ann F. Weber v. Mark Weber v. Michael Weber: Appeal of Michael Weber; 2019 PA Super 133 – The parties’ divorce agreement provided that they equally share the reasonable costs of an appropriate undergraduate college or other post-secondary education for their children. In April 2016, the parties’ son, Michael, filed a petition for special relief with the Crawford County trial court, stating that he had graduated from Florida State University (FSU); that his total cost to attend FSU was $166,148.71; that one-half of that amount was $79,988.44 plus interest paid on student loans in the amount of $24,000; and that Father to-date had only paid $9,085.92. Father filed an answer asserting that Michael’s contract claim was barred by a four-year statute of limitations. Michael filed a subsequent brief, again stating that he had graduated from FSU, but also stating that he had attended graduate school, and that Father was also responsible for one-half of that cost ($196,455 of student loan debt for tuition and housing). The trial court initially dismissed Michael’s claim for lack of standing, but the appellate court reversed and remanded, finding that Michael did have standing to sue as a beneficiary of his parents’ agreement. Upon remand, Father filed a motion for summary judgment arguing that Michael was time-barred from asserting his claim. In the meantime, Michael answered Father’s interrogatories, revealing that he had not actually obtained an undergraduate degree from FSU but had completed sufficient credits to enroll in pharmacy school. Michael argued that the agreement required Father to pay for one-half of any education after high school. The trial court agreed with Father that Michael’s pharmacy school education was graduate level and therefore not Father’s responsibility. It further found that because Michael had completed his undergraduate courses in 2011 and did not bring suit until 2016, he was time-barred by the four-year statute of limitations. The Superior Court ruled in Father’s favor and upheld the trial court’s decision, although Judge Shogun dissented, reasoning that the breach did not occur until 2015, when Michael finished his studies. She also disagreed with the Court’s conclusion on pharmacy school.

• Elizabeth Bielak v. James Bielak, 2019 PA Super 165 – The sole issue of this appeal is whether Wife’s liquidation of an inherited IRA should be considered ‘income’ for support purposes. Husband and Wife married in September 1998 and separated on December 27, 2015. Wife filed a petition for alimony pendente lite (APL) and spousal support, and Husband cross-filed for child support since he had primary custody of the parties’ four minor children. The Erie County trial court entered an order awarding Wife APL of $555.73 after an offset for child support, declining to include the funds Wife received from an IRA she inherited in 2006, which she liquidated to pay for living expenses and legal fees during the pendency of the parties’ divorce proceedings. The trial court relied on Humphreys v. DeRoss, 790 A.2d 281 (1993), holding that an inherited IRA was not income for support purposes. The Superior Court agreed, stating that whether the inheritance was used when received, or sometime later, does not change its character. “Inherited wealth does not become income when the recipient chooses to spend rather than save it.” The Superior Court also noted that, as the increase in value of this asset during the marriage was already considered in equitable distribution, including it as income for support would constitute a “double dip.”

Eileen also presented information on two paternity cases: H.Z. v. M.B., 2019 PA Super 33, which dealt with the ability of the court to order multiple paternity where are previous court ordered buccal swab test had excluded the potential father, and J.L. v A.L. and K.L., 2019 PA Super 60, where the court addressed whether the marital presumption could prevent Mother’s paramour, who had previously been determined to be the father in a private paternity test, from pursuing custody of an infant when Mother and Husband had reconciled before Father filed. 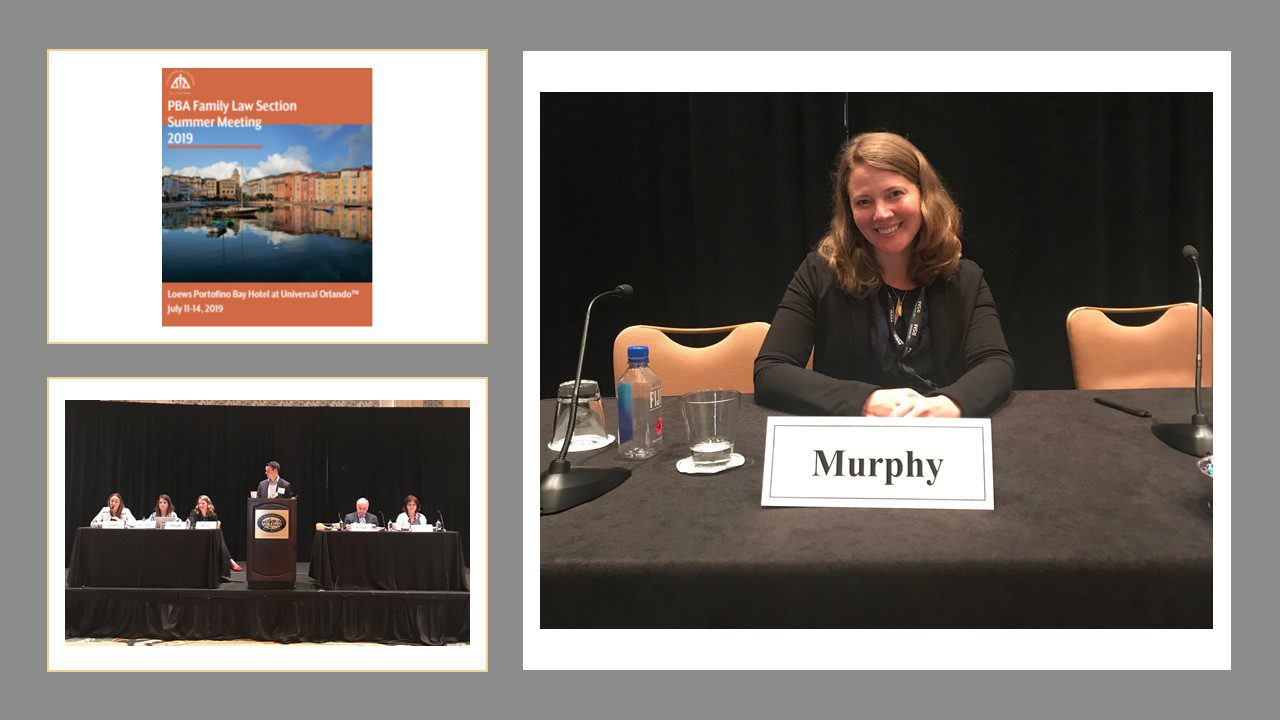