Back to BlogNo One Cares About Your Affair

No One Cares About Your Affair 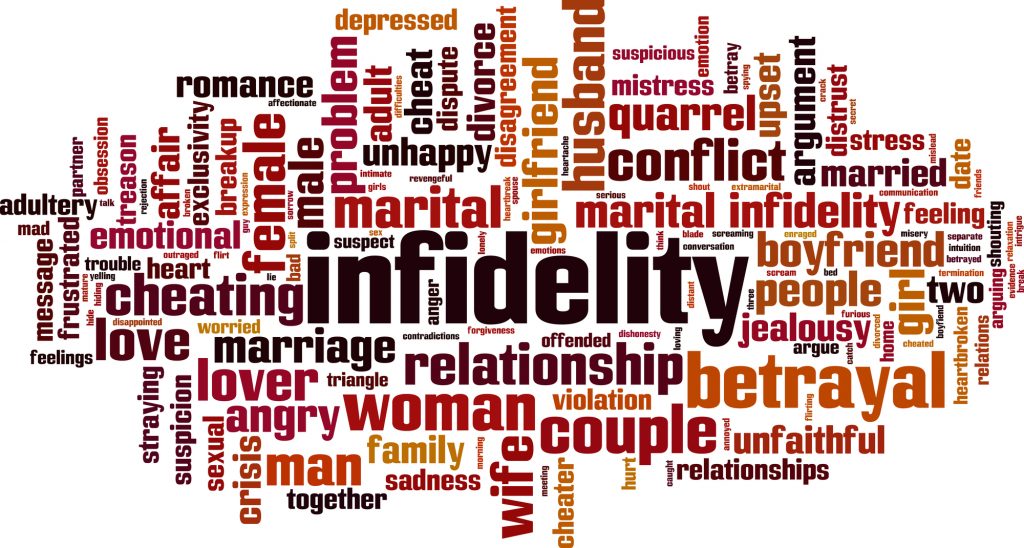 No one cares about your affair.

One of the questions that often arises in divorce consultations is infidelity. Sometimes it is emotional infidelity but, usually, it is the earthier type. My clients are either the “cheated upon” or the “cheater.” The cheated upon client typically brings up this fact earlier in the consultation. They want to ensure that they are not perceived by me as ‘at fault’ in bringing the divorce action, in leaving their spouse or even in meeting with a lawyer – their spouse drove them to it! They cheated! My cheater clients will mention it reluctantly at some point in the process – sometimes when I ask what their spouse will say about them.

I cover this issue so often that I keep the language underlined in my statute book at 23 Pa.C.S. Sec. 3502 since an affair is typically viewed as great betrayal of the marriage:

Upon the request of either party in an action for divorce or annulment, the court shall equitably divide, distribute or assign, in kind or otherwise, the marital property between the parties without regard to marital misconduct ….

To reinforce that, I will say it again:  The distribution of marital property is without regard to marital misconduct. In other words, the division of assets should not be impacted by an affair.

Why? The answer is both simple and practical. When enacting no fault divorce provisions in 1980, the legislature provided that parties could divorce without one party being at fault for the dissolution. These provisions, now found at 23 Pa.C.S. Sec 3301(c) and 3301(d), allow for two kinds of no fault grounds: both parties may mutually consent to divorce, under 3301(c); or, under 3301(d), one party may bring an action for a dissolution without the consent of the other party, provided the requisite time period (one year) has passed. In other words, a divorce can occur even when one party does not want it and has done nothing ‘wrong.’ With these legislative changes, the court got out of the business of determining why the marriage had broken, leaving that issue to counselors and religious leaders. Instead, the court pragmatically focused its energy on the proper division of the assets and liabilities acquired during the marriage. More importantly, in dividing the marital property, the legislature deemed that the court may not consider marital misconduct.

The cynic in the room might say that is because the people writing those laws in the legislature did not want their affairs to count against them when it came to carving up their money in a divorce. This might be true, but another, simpler explanation is judicial economy. The legislature did not want courts holding long trials on who was at fault when a marriage dissolved, bringing in investigators and witnesses. This was commonly done in the days before no fault divorce, and modernizing the law was, in part, a reaction to that. By specifically removing marital misconduct as a factor, the legislature signaled that the parties should not waste the court’s time in addressing it.

So, what does that mean to you, dear reader, 40 years later? It means that while an affair might drive the beginning of your case, no one – not your lawyer, not your spouse’s lawyer, and certainly not the master or judge – wants to hear about your affair. If you have been cheated on, you can complain to your sister, your neighbor or your colleagues or on social media, but don’t expect to receive financial recompense with the court. Big caveat here: if you can show that the affair financially dissipated the marital estate – for example, if your wife told you she was on a work trip when actually she paid, with marital dollars, to fly her paramour to the Bahamas – you might be able to recover the cost of the trip. Unfortunately, you cannot recover for ‘pain and suffering.’ Likewise, while marital misconduct may be considered in an alimony case, it is one of 14 factors that is considered.

All that being said, you should be candid when meeting with a divorce lawyer. I always appreciate when clients tell me about an affair up front, as it may help me understand other forces that are driving the case and let me know if there are larger areas of conflict that are prudent to address. However, you’ll find that I often move on from the issue quickly, and am usually not particularly interested in the details. As your lawyer, it does not matter to me whether you are the “cheater” or the “cheated upon.” Since your affair, or your spouse’s, will typically carry little weight in court, my job is to help you find the best possible outcome and keep you focused on the issues that can move your case to a successful conclusion.