We believe in giving back to the community through service on local boards, pro bono representation for people in need, and participation in charity events. 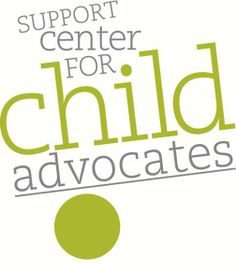 Professionally, we pay it forward by handling family law cases on a pro bono basis through referrals from public interest agencies such as Philadelphia Legal Assistance, Philadelphia Volunteers for the Indigent Program (Philly VIP) and the Support Center for Child Advocates. The firm has won numerous awards for our service, including Philly VIP’s Brennan Award in 2004, 2005, 2013-2015 and 2017 and the Philadelphia Bar Foundation-Citizen’s Bank Pro Bono Award in 2009. We were also named to The Philadelphia Business Journal‘s List of Top 25 Law Firms by Pro Bono Hours from 2016 through 2018.

In addition, many of our attorneys have been named to the First Judicial District’s Pro Bono Roll of Honor for service in court-appointed guardian ad litem cases since 2007. Lisa Shapson also received the First Judicial District’s Pro Bono Publico Award from the Court of Common Pleas – Family Division, Domestic Relations in 2018; Megan Watson was the winner in 2007 and 2015 and the firm won that same award in 2010. Megan was also named a Distinguished Advocate by the Support Center for Child Advocates in 2015. Our firm administrator, Judy Stouffer, was the inaugural winner of The Philadelphia Association of Paralegals’ Pro Bono Award in 2007 and a Philly VIPeople’s Choice Award in 2010.

We also participate in local charity events such as the Philadelphia Bar Association’s-Support Center for Child Advocates’ (SCCA) annual 5k Run/Walk and the SCCA annual benefit and toy drive. Judy Stouffer organized a sneaker-shoe recycling collection at the 5k in 2013 and 2015. She also served on the SCCA annual benefit committee from 2011-2016.

At BKW Family Law, we value all families, including our work family. Everyone continues to cherish the Philadelphia Bar Association’s inaugural small firm Family Friendly Award in 2000 for employment policies demonstrating work-life balance and the importance of family (and community service).